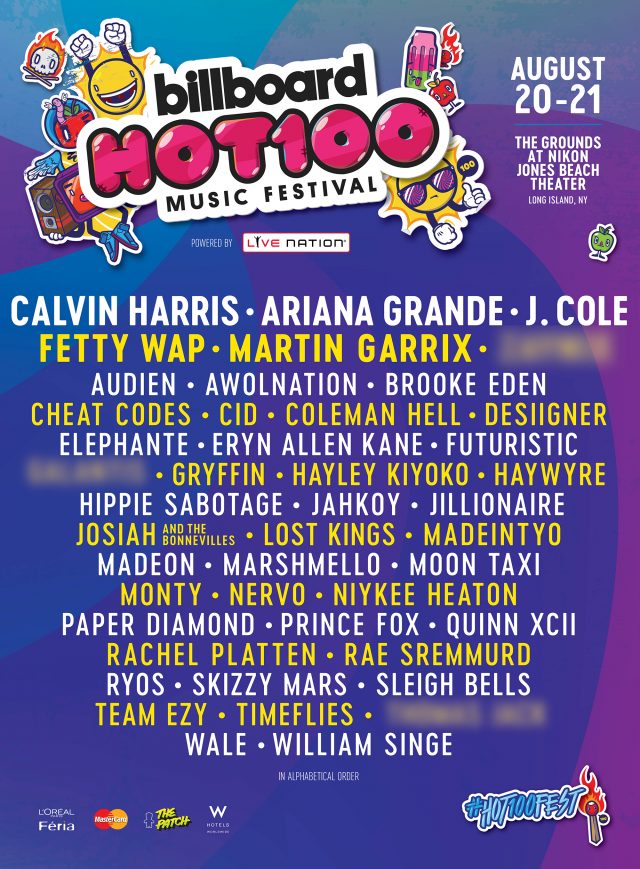 Last year, theÂ Billboard Hot 100 Music FestivalÂ shattered attendance records for Nikon at Jones Beach Theater, attracting over 40,000 fans during the festival’s inaugural weekend. Billboard and Live NationÂ promise fans yet another incredible festival in 2016 with some of the biggest chart-topping artists of the year converging on Jones Beach for a massive weekend of live music and entertainment. Collectively, the festival lineup has earned 81 entries on the Billboard Hot 100 chart and has sold a combined 80 million albums and songs in the U.S., according to Nielsen Music. The artists also represent some of this generationâ€™s biggest social media influencers, with a massive fan following across Twitter, Facebook and other platforms.

This yearâ€™s event will bring together dozens of Billboard-charting artists spanning multiple genres, from pop and rock to R&B and dance, for one of the most electrifying and diverse festivals this summer.

Tickets for the general public go on sale May 21 at 10:00 a.m. EDT atÂ www.livenation.com.