If you arenâ€™t familiar with the show already,Â Gortimer Gibbon’s Life On Normal StreetÂ is a coming-of-age tale of friendship that centers around Gortimer (Siegel) and the bond with his two best friends Ranger (Justice) and Mel (Boettcher), as they chronicle their adventures on Normal Street, an ordinary suburban neighborhood that has a hint of something unexpected just beneath the surface.

Gortimer Gibbon’s Life On Normal StreetÂ is the first kids series to receive a greenlight from Amazon Studios’ open-door pilot submissions process. Anaxagoras, a preschool teacher, was one of many aspiring filmmakers and screenwriters who submitted their ideas for original series through AmazonStudios.com, and whose concept moved forward as a pilot that debuted on Amazon Instant Video in February 2014.

Celeb SecretsÂ caught up withÂ Ashley BoettcherÂ recently to talk all thingsÂ Gortimer Gibbonâ€™s Life on Normal Street! In the interview, the actress told us about her character Mel and how sheâ€™s grown since the first season. BoettcherÂ also dishes on her favorite part about working on set, how she relates to MelÂ and a pretty cool secret about herself â€” make sure to read the Q&A below! 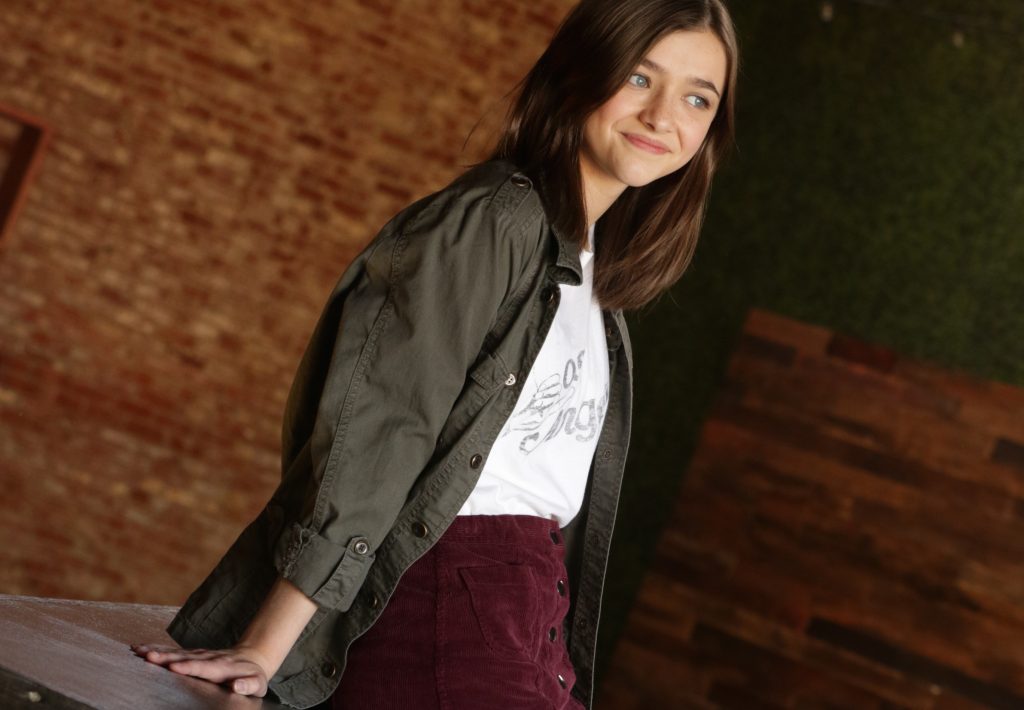 Celeb Secrets: Gortimer Gibbonâ€™s Life on Normal Street is back for another season this summer! What can we expect from the series this upcoming season?

Ashley Boettcher: “This next season is all about growing up, adventure and fun! We dealt with some pretty serious things last season, so we’ll be covering the aftermath of that. But donâ€™t worry, there’s plenty of laughs and crazy situations the gang gets into.”

Celeb Secrets:Â Whatâ€™s going on with Mel this season? Anything you can tease about her story line?

Ashley Boettcher: “Well, Mel grew up a lot last season, and believe it or not, she grows up even more. Not only is she still working through what she went through in the last episodes of the second season, but also dealing with the problems most teenagers go through.”

Celeb Secrets:Â How do you think youâ€™ve grown as an actress from season one to season two?

Ashley Boettcher: “Dealing with the loss of a parent was challenging as an actress and I grew stronger from the experience. It’s something most shows donâ€™t deal with. I was super nervous and excited at the same time and wanted to portray Mel as real as I could in the situation. My hope is some insight was given to people on how to support/go through a time of loss whether itâ€™s their own or a friendâ€™s. We all need each other especially in difficult times.”

Celeb Secrets:Â It looks like the cast gets along really well not only on set but off set as well â€” whatâ€™s the atmosphere like on set with the cast members? Do you have a favorite memory you can share?

Ashley Boettcher: “There are so many favorite memories. From sitting in the Observatory discussing random topics to talking with the crew. Everyone was amazing and being with them was wonderful. Iâ€™ve learned so much from all of them, some good, others bad, but can honestly say, being with them for all the seasons makes everything worth it.”

Celeb Secrets:Â Why do you think our readers should tune in and watch new episodesÂ of Gortimer Gibbonâ€™s Life on Normal Street?

Ashley Boettcher: “Next season, is fun, witty, sophisticated, childish and magical. From the weight of the world, to the 1920’s, it has it all.

If you’re looking for something unlike anything out there, the whole family can watch together and be closer because of it, this is the show for you. I canâ€™t wait to share this next season with all of you, and hope you will enjoy watching it as much, actually, more than I enjoyed making it.”

Celeb Secrets:Â Since our website is called Celeb Secrets, can you share a secret about yourself that fans may not know about you?Â

Ashley Boettcher: “Many of my fans know I want to be a director, but very few know Iâ€™ve already wrote, directed and edited both a short film and speck commercial when I was 10; and continue to write my own content today.”