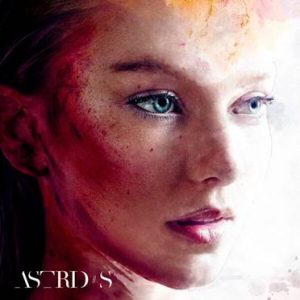 Norwegian indie-pop star Astrid S has released her anticipated self-titled debut EP via Island Records today. The EP consists of five tracks, including â€˜Paper Thinâ€™ and lead single â€˜Hurts So Goodâ€™, which is currently on Spotifyâ€™s New Music Friday playlist and has hit the viral chart with nearly 1 million stream in the U.S.Â (4.6 million globally).

On releasing her debut self-titled EP:

â€œThis EP has taken a lot of time to make, and Iâ€™m dying of excitement that itâ€™s actually finished and out now. Some of the songs I wrote half a year ago, some of them I wrote two years ago! Iâ€™ve been working with some really good people in the past couple of years – Iâ€™m so proud Iâ€™ve made this EP with such good musicians, producers and songwriters.â€Â â€“Â Astrid S

The early tracks released by Astrid S were met with unprecedented success and acclaim: singles such as â€˜2AMâ€™ and â€˜Hydeâ€™ helped her music surpass 100 million Spotify streams worldwide, with â€˜2AMâ€™ reaching 5x Platinum status. She won an MTV EMA Award for Best Norwegian Act in 2015 and soon after featured on Aviciiâ€™s â€˜Waiting For Loveâ€™ remix EP. Recent duet with producer Matoma, â€˜Running Outâ€™ is rapidly climbing the Global Spotify Chart, and has now nearly reached 80 million streams on Spotify.

Astrid S has recently come off tour supporting Australian YouTube sensation Troye Sivan on his European tour. While in London, Astrid performed her debut UK headline show at The Social on April 20th, which sold out in less than 24 hours. She will also play a special, sold-out showcase at New Yorkâ€™s intimate Rockwood Music Hall on Thursday, June 2nd.