Singer-songwriter Dylan Bernard is back with a special new track called “Forever For Now.” The story behind the song is pulled right from his own personal experiences, which is why you’ll immediately be able to relate to his moving lyrics. To celebrate the release of his new song today, Celeb Secrets caught up with the artist to hear how his musical journey is constantly evolving. Be sure to catch our exclusive Q&A interview below.

As an artist, I am constantly evolving. This time around, I really just wanted to create something that I liked.

Celeb Secrets: Can you tell us the story behind “Forever For Now,” and how the song came to be?

Dylan Bernard: “Forever For Now” was written from a very real place for me. I had found myself talking to this girl and quickly realized that it was turning into something more than I was ready for. I realized, that for me personally, I just wasn’t ready to be in a relationship. We were both so busy at the time and it just wouldn’t be fair to either one of us.

I called up a close friend of mine, Will Jay, who is also a talented artist, and we got together to write. This was one of those songs that we just sat down and knocked out in 20 or 30 minutes. After that, I sat on the song for a little while. I feel like the time was needed to grow as a person and as an artist. I took the song to another close friend, Keaton Stromberg, to produce the track. Despite being friends, we had never worked together on a song before, and I have to say, it was a really great experience. I really felt like I was a part of the process the whole way through, and Keaton took into consideration each and every sound I liked.

‪My new single “Forever for Now” is finally here! Go buy/stream it on your preferred platform and let me know what you think! Thank you to everyone who was a part of helping me bring this song to life. #FFN LINK IN BIO

Celeb Secrets: How do you hope listeners feel when they listen to this song?

Dylan Bernard: Energized and empowered. Those are the first two thoughts that pop into my head. This song comes from a place of self-realization and overall awareness. Whether or not the listener is in a relationship or struggling with the idea of being one, I want them to know that they are meant to be where they are in that moment. It’s also okay to not be in a relationship, even if everyone around you is. You just have to do what you know is best for you, and the rest will fall into place.

Celeb Secrets: How would you say your sound has developed since your Sparks EP release?

Dylan Bernard: I will always be proud of that first body of work. Grammy Award-winning producer Jared Lee Gosselin produced the Sparks EP, and together I think we did a really great job of introducing myself to the world, but as an artist, I am constantly evolving. This time around, I definitely felt a little more comfortable being more hands-on with the production and collaborating with Keaton on the sound. I’ve also grown as a songwriter and have become more confident in that area. This time around, I really just wanted to create something that I liked. I love artists like Imagine Dragons and Panic at the Disco, but I also love the rawness of artists like Jessie Reyez and Jazmine Sullivan. I think that this song is a good introduction to where I’m taking my music next and I’m really excited about it!

Celeb Secrets: If you could perform this song in front of any one person out there, who would you choose to be your audience?

Dylan Bernard: I’d really love to perform this song to my younger self. High school really makes you think that you have to be in a relationship to be “cool” and I’d just want to tell him that he’s cool no matter what. As far as artists, I hate to sound like a broken record, but I’d love to perform this for Dan Reynolds of Imagine Dragons, Andy Grammer, and Jazmine Sullivan, all of whom are artists who have heavily influenced my choices stylistically, and were paramount to my development. 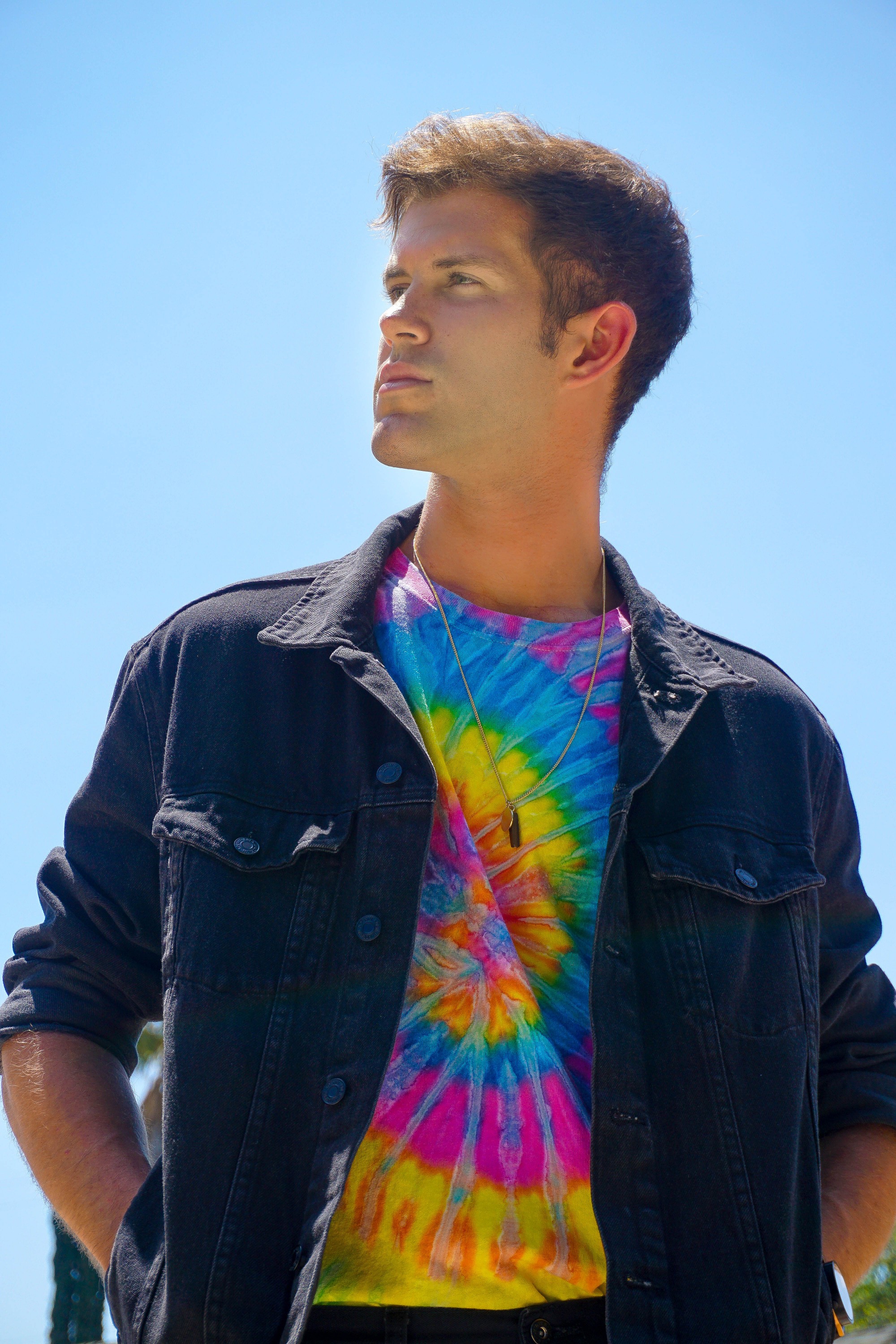 Celeb Secrets: How would you describe the songwriting process on this track, and how does it compare to your past work?

Dylan Bernard: The actual process of songwriting was similar to my past work. I met up with Will and told him my idea for “Forever For Now,” and we just started writing. Since this was a newer experience we were writing about, it mad the process very conversational. I would say the biggest difference was the fact that I was feeling more comfortable as a songwriter and it felt like more of a collaborative effort. It adds a personal touch and that is what makes it different. It’s something you can’t explain, you just feel it.

Celeb Secrets: What would you say your biggest challenge is with writing music, and what comes the most naturally?

Dylan Bernard: I’d say my biggest challenge is being patient. Sometimes writing a song can be quick, like “Forever For Now,” and other times, it could take multiple sessions. I’m also a little wordy when it comes to lyrics because I’ll write them out almost like a poem, or a rap song in terms of cadence, and then filter them out later with another artist to get the point across. Melody is what comes the most natural to me. I love messing around with different melodies and throwing in fun riffs and runs in the background.

Celeb Secrets: If you could sit down and write music with absolutely anyone, who would it be – and how do you think it would turn out?

Dylan Bernard: I would definitely have to say, Andy Grammer. I just admire his process in the way that he’ll write a hundred songs and choose the one he feels. That process also makes it easier to just remember all of your ideas and find out what works and what doesn’t. I actually think we would write a really cool song together. I imagine a big band with layered harmonies and a smooth top line. Hopefully, we can make that happen one day!

Make sure to listen to Dylan Bernard’s latest song “Forever For Now” above (or through any of your favorite music streaming services!) and leave us your reactions below!