How obsessed are you with the Netflix show Fuller House? If you can’t stop streaming — and obsessing! — over the family comedy series, you’re certainly not alone. When Celeb Secrets caught up with Elias Harger, who plays Max on the show, he shared just how much his life has changed since he booked this memorable role. Plus, we got him to spill on his dream guest stars and even write his own creative storyline for Max. Check out our Q & A below.

Celeb Secrets: How have things changed for you since being part of Fuller House? Has anything surprised you?

Since being on Fuller House my life has changed a lot! My family and I moved to California from Colorado and I am now homeschooled. The thing that surprised me was getting recognized by people on the street. I have great fans and love getting to meet them!

Celeb Secrets: How old were you when you first got into acting, and at what age was it something you realized you loved?

I was four years old when I signed with a talent agency in Denver. I realized I loved acting when I did my first commercial at age 5. Things took off from there, and all I wanted to do was act! I did a lot of local projects like student films, commercials and community theater before booking Fuller House.

Celeb Secrets: Are you anything like your character Max in real life, or do you have any fun things in common?

I do feel like every role has a part of the actor inside of it, because everyone uses some part of themselves to become roles they play. For instance, Max helps out around the house by fixing problems and being there to support his family and friends. I like to think I do that, too.

I help my mom get my little brother and sister ready for the day, and I watch out for them and make sure they are safe. Max cares about the planet and tries to help make things better for the environment. I focus more on poverty and children’s needs. I attend charity events and make donations to different causes. The most important thing that Max and I have in common is “Uni”. Show creator, Jeff Franklin, wrote my actual favorite plush unicorn, “Uni,” into Fuller House. She really is my real-life best friend! 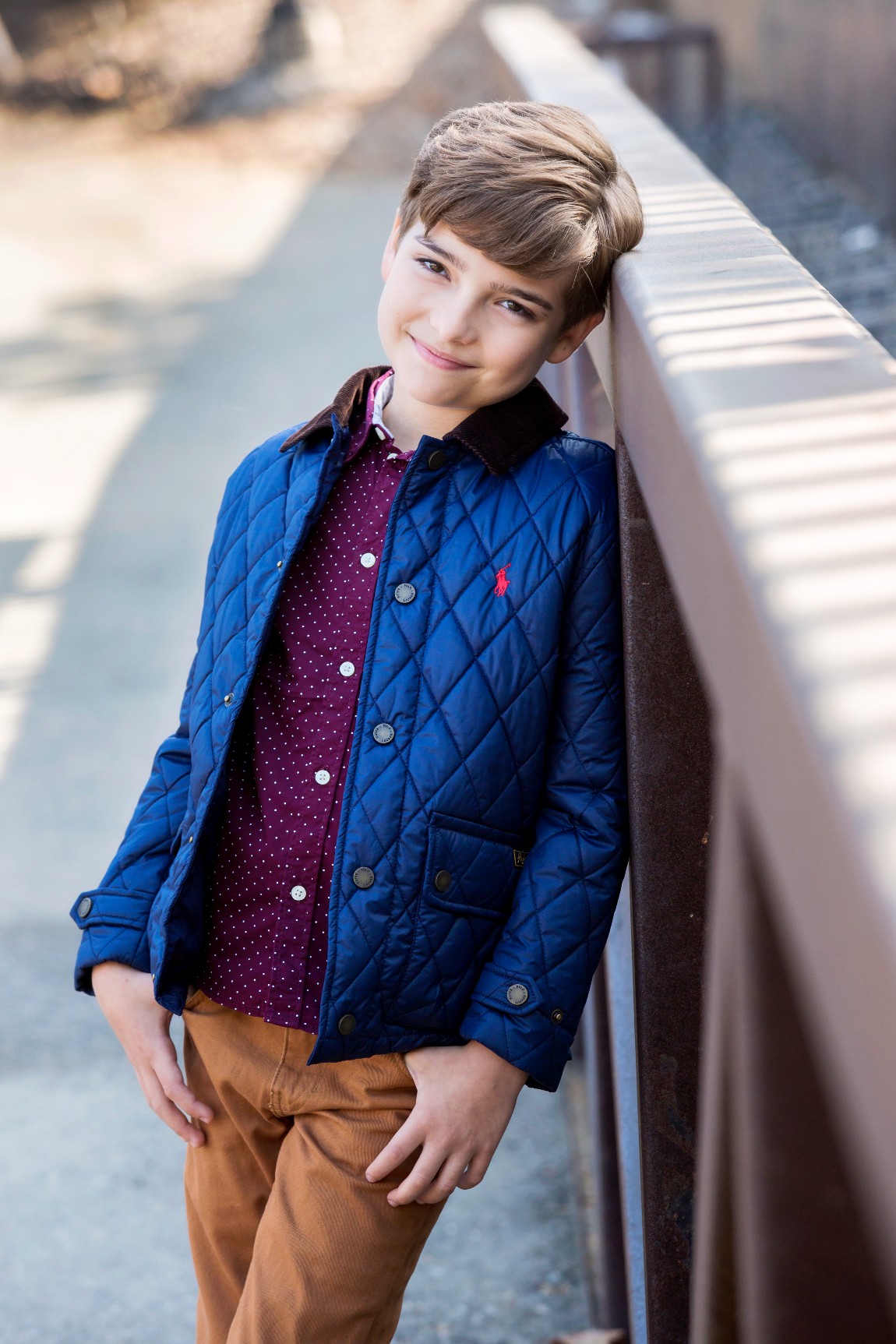 Celeb Secrets: How does your own family dynamic compare to what it’s like in the Fuller household?

We don’t really “hug it out” every 30 minutes, but my family does deal with its share of regular life issues, just like the ones in Fuller House. In my family, I am the oldest of three kids and not the middle child like Max. Instead of three boys, we have two boys and one girl, and we don’t have a goofy friend that stays with us. Also, we don’t have any grandmas, grandpas, aunts, uncles or cousins that live near us, so we only see our relatives once in a while.

Celeb Secrets: Who would be your dream guest-star to stop by the show?

It would be great to have Leonardo DiCaprio be on the show. He is definitely someone I would be star-struck to see!

Celeb Secrets: If you could write your own episode, what would happen on that show?

Max would go away to summer camp along with Taylor and Rose. The episode would show the kids doing summer camp activities, and Max transforms from being the neat and tidy kid to the cool kid in camp, like a little Uncle Jesse. All the girls would think he is cute, and all the boys would want to hang out with him. When Max is the cool kid, he will start to think he is more important than everyone else and changes the way he treats people. He might even have problems with Rose because all the girls like him. Uncle Jesse will be volunteering at the camp, and gives Max one of his cool uncle talks which helps Max see that it’s more important to be himself than try to be someone he’s not, and that he was pretty cool to begin with.

Celeb Secrets: Who are some of your favorite comedic actors, or biggest comedy influences?

Aside from the people I work with, Michael J. Fox is one of my favorite comedic actors because I really love his character, Marty, in Back to the Future. His acting is natural, and his comedic timing is amazing. I also really love Melissa McCarthy as Barb Kelner on SNL, and stand-up comedians, John Mulaney and Rita Rudner.

Celeb Secrets:  Are there any actors you would love to co-star with in the future?

Yes! There are many actors I’d love to work with in the future, such as Leonardo DiCaprio, Michael J. Fox, Melissa McCarthy, Grant Gustin, Stephen Amell, and Josh Hutcherson.

Celeb Secrets: Since we’re Celeb Secrets, would you be able to spill a fun set secret from working on Fuller House?

Did you know that we film Fuller House on the same stage at Warner Brothers where they filmed the original Full House – stage 24? My dressing room used to be Scott Weinger’s dressing room when he was on Full House.