If you are as YouTube-obsessed as we are, it’s pretty likely you have come across Roi Fabito‘s videos. From his personal vlogs to his work with Wassabi Productions, and his immensely popular channel, Guava Juice, he has been entertaining and delighting us for years. But all the while, the star has been turning his video empire into a fun business that encourages fun and creativity IRL.

This summer, Roi even debuted his very own product line, Guava Toys, at Target stores everywhere. His toys include DIY slime buckets, Pancake Art activity kits, DIY bath bomb kits, and more fun innovations. To celebrate this impressive milestone, Celeb Secrets caught up with Roi to hear all about his ever-evolving career. Be sure to catch our exclusive Q & A interview below.

Celeb Secrets: Congratulations on Guava Toys! What does it mean to you to have your own toy line at Target?

Roi Fabito: It feels surreal! I shop at Target all the time so it’s weird seeing my face in the toy aisles. I feel extremely thankful to have the opportunity to bring my internet persona into the shelves at Target. It means so much knowing that what I enjoy and love doing can make so much of an impact in this day and age. It’s a constant reminder that Guava Juice is not only an online personality, but a business as well.

Celeb Secrets: How did the idea to create your own products come about, and what was the design process like?

Roi Fabito: It all originated with the idea of finding a way to connect with all my fans. As much as I love meeting all my fans, I can’t be there physically for all of them. These toys are the branches that string internet persona that bring me closer to everyone. The design process take a really long time. A year and change to be exact. A lot has to happen before getting the green light to start. The process of safety testing, product concepts and approvals, launch dates, and so much more.

Celeb Secrets: What has been the best reaction you’ve seen so far with fans picking up Guava Toys?

Roi Fabito: I’ve seen so many tagged posts on Instagram. My favorite one so far was a video of these two girls doing Fortnite dances while having a DIY Bucket of Slime on the floor in front of them. It made me so happy because they’re just living the moment and having the best time at Target. 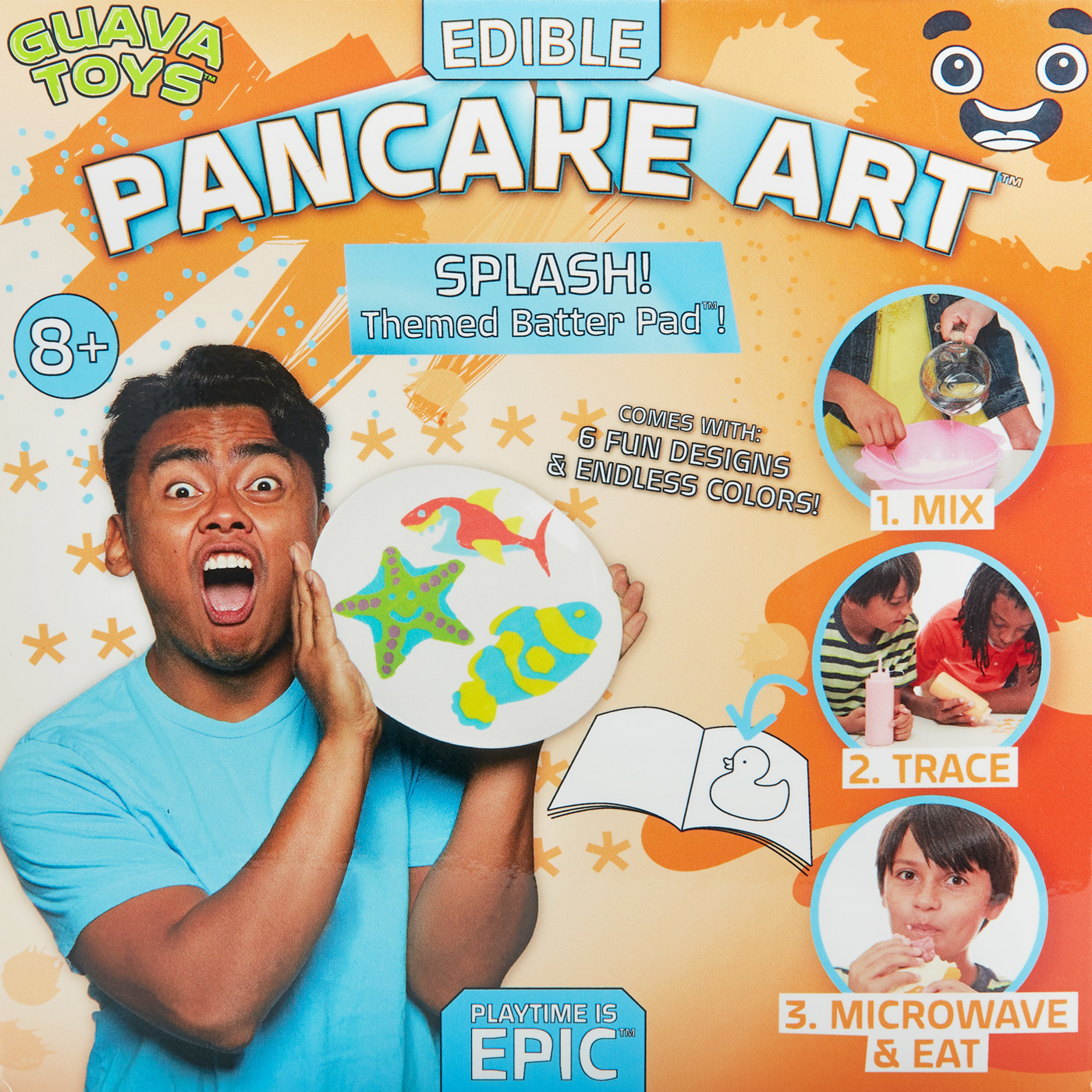 Celeb Secrets: Where do you find inspiration for your adventures, especially the content you put out on your channel?

Roi Fabito: I watch a lot of YouTube during my free time. Japanese YouTube channel and game shows really inspire me. The craziness and wackiness of the shows make me laugh so hard. The best thing about it is I can’t understand what they’re saying so I can interpret it in any way. I also read a lot of comments. Feedback from the community is really important to me because it shows what the fans want, and what they want to come back for.

Celeb Secrets: What’s the best advice you’ve gotten in your career, and who is it from?

Roi Fabito: The best advice was from my old boss. I used to be a delivery driver for an Asian fusion restaurant. When I was in college, I got to the point where I was extremely sad with trying to be a computer engineer. After the 3rd year, I couldn’t handle everything anymore.

I remember I drove 1 hour from my college to my old job at the restaurant because I couldn’t stop driving and thinking. I remember I stopped to grab a bite to eat and my boss knew something was wrong with me. I told him I wasn’t happy with school and my major. He looked me in the eye and told me “if you’re not happy, then stop and do what you really love to do”. That stuck with me so I eventually switched my major to film and focused more on YouTube. I eventually graduated with a huge smile on my face. 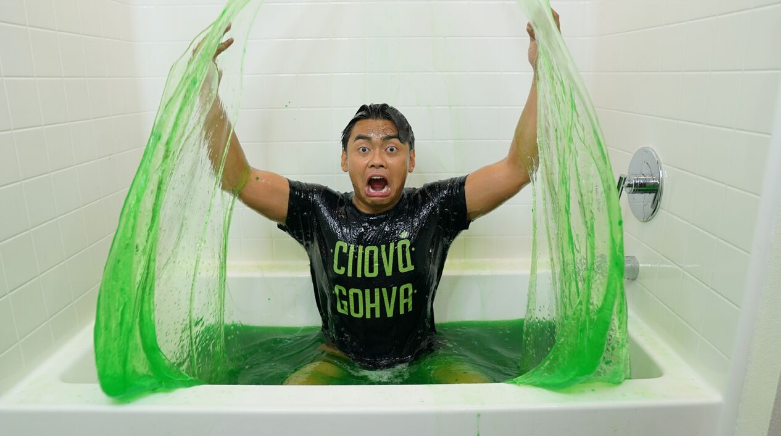 Celeb Secrets: How would say your journey has transformed since your earliest YouTube days?

Roi Fabito: I was still in school during my early YouTube days and that hindered me from focusing fully on YouTube. Once I finished college, I moved to Los Angeles and gave YouTube my 100%. I definitely learned a lot by just living in Los Angeles. The fast-paced lifestyle motivated me to work harder and harder. I’m definitely more comfortable being myself in front of the camera now than I was when I moved to Los Angeles about 4 years ago. I’m more confident now with everything that I do.

Celeb Secrets: What has been a milestone or accomplishment in your career you are particularly proud of?

Roi Fabito: A huge milestone was hitting 10,000,000 subscribers in 2 years. I started Guava Juice from scratch when I left my former channel, Wassabi Productions. I never could have thought I would reach that milestone in that little time. I’m so proud of that moment because it shows that if you believe in your work, then you’re bound to hit something golden.

Celeb Secrets: What do you think your younger self would think about all that you’re up to right now?

Roi Fabito: My younger self would be confused. I had no clue what I wanted to be when grew up. I had no confidence and I was extremely shy. The younger me would be more excited for the future if he saw what I was up too. Hopefully, he would’ve gained more courage and confidence to make a better future for himself. 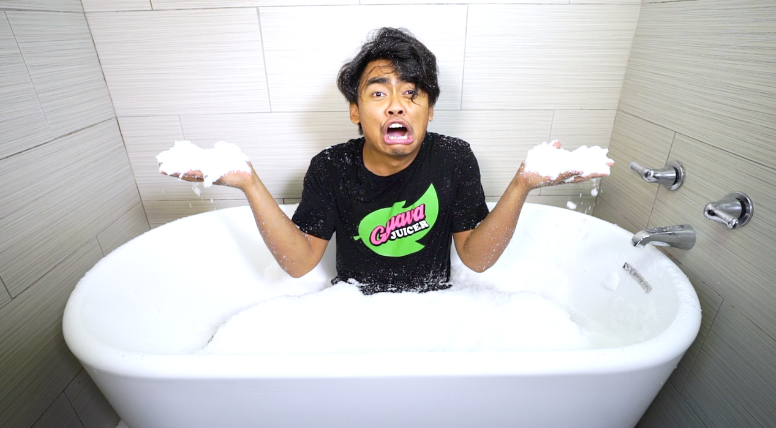 Celeb Secrets: Would you have any advice to share with your younger self, or would you let him figure it out on his own all over again?

Roi Fabito: My advice for young Roi would be to not be lazy and create more. I used to waste so much time sitting in front of the computer changing my MySpace layout and basically doing nothing. I would tell him to go out and enjoy life and it’s okay to yourself. Don’t be shy and don’t worry about people judging you.