On Tuesday night (January 21), The Marley Family, Island Records, UMG and Primary Wave Music Publishing honored the legacy of Bob Marley with a tribute performance by his grandson Skip Marley.

The spirit and legacy of Marley was all around, present in the music, photography, fashion, art and technology pop ups throughout the ’ONE LOVE HOTEL’. The ONE LOVE celebrations commemorate the role of the legendary artists in the history of global music, and celebrate his 75th birthday milestone. The celebrations provide fans with unparalleled access into the archives of the legendary estate in via new and innovative ways. 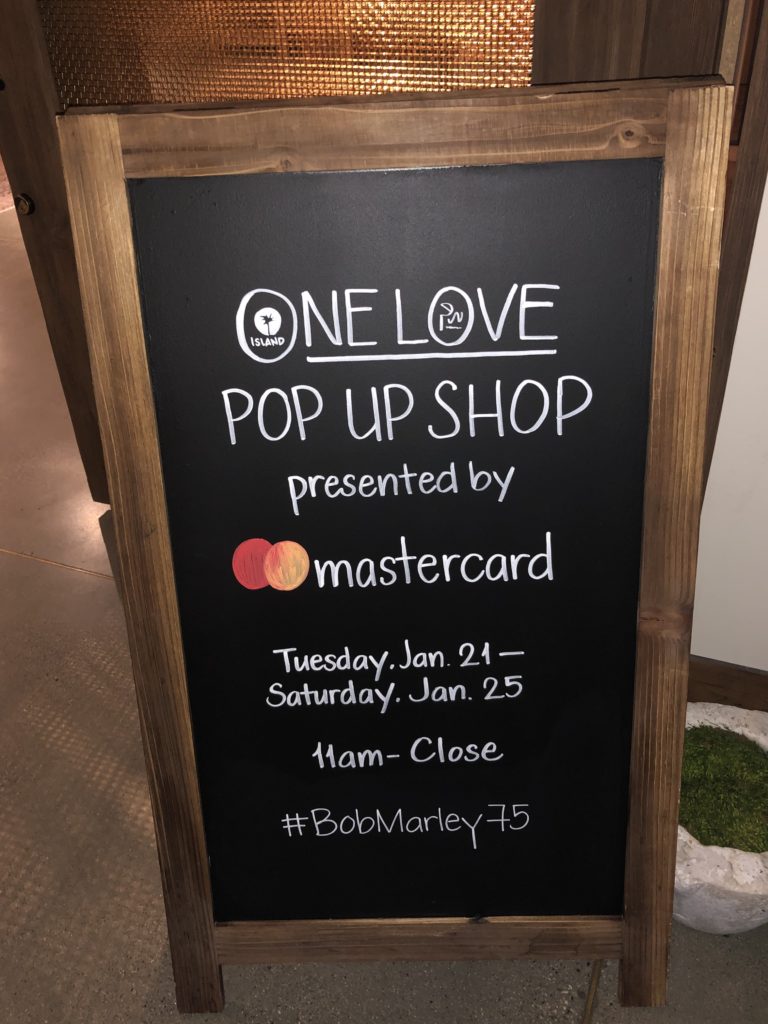 Sponsors of the event MasterCard, Primary Wave Music Publishing and Amazon Music transformed the hotel on Sunset Boulevard into the “One Love Hotel” with tropical plants and jungle-like signs. Bartenders served a signature cocktail called “Exodus” named after Marley’s 1977 album. Many of the music industry most influential executives could be found walking around the venue, sipping on the red sweet drinks, fully embracing the spirit of “One Love” and its message of unity.

By the entrance to the hotel, a pop-up store featured Marley’s albums, House of Marley consumer electronics, CBD body roll-ons and much more Marley product made exclusively for the Grammys. In fact, Larry Mastel (CEO/Founder Primary Wave Music Publishing) remarked on how Cedella Marley (daughter of Bob and Rita Marley) egged him on to spend quite a bit of money on the Marley paraphernalia he was currently wearing.

Darcus Beese made a particularly touching statement by saying, “Legacy is his DNA. While the roots of his legacy get deeper, and the trunk get stronger and the branches get broader, it starts to bear fruit. And the fruit of the Marleys is just every season, it’s bearing fruit.”

That remark was the perfect transition into one of the many fruits of Marley’s tree, his 23-year-old grandson Skip. The set blended new released such as Skip’s recent duet with H.E.R. “Slow Down,” and classics such as “Jamming” and “Don’t Worry.” Once the melodies of, “Don’t worry, about a thing” were filling the air, the entire room erupted with cheers and claps allowing the VIP guests to loosen up and just jam.

Skip signed to Island Records in 2017 describes his music as a fuse of rock, blues and R&B with Marley at the root of it.

Caroline is a west coast correspondent for Celeb Secrets and founder of LA based production company Illuminate Creative Group. When not reporting for Celeb Secrets, Caroline is working on her music and touring around the nation opening for some of the industry’s most iconic artists.
Caroline graduated from The University of Southern California in 2018 with a degree in Narrative Studies.