Elf has GOT to be one of our favorite Christmas movies of all time and it seems to be Lexi Jayde‘s, too.

The singer and actress just teamed up with Forever In Your Mind‘s Emery Kelly to recreate the classic “Baby It’s Cold Outside” scene with Will Ferrell and Zoe Deschanel and their twist on it is every bit of amazing!

The charming duet shows Kelly and Jayde cuddling up on the couch watching a cute movie to then transitioning into the ultimate Christmas party (which is giving us MAJOR FOMO). With the help of director Nayip Ramos (Alessia Cara, Camila Cabello), Lexi is able to bring this timeless piece to her generation and inspire the Christmas spirit through music.

Celeb Secrets caught up with Lexi recently where she dished all about the fun duet, her favorite things about the holiday season, and what to expect from her in 2018. Take a read at the full Q&A below and make sure to follow Lexi on Instagram at @lexijayde.

Celeb Secrets: You just dropped a Christmas collab for “Baby It’s Cold Outside” — what made you choose the song?

Lexi Jayde: “The movie Elf inspired me, specifically the shower scene where Zoey and Will are singing this song! I have loved this song forever and then I realized that everybody from my grandma to my dad, and even my little cousin all love this song. I just knew I had to do it and I wanted to bring this timeless classic to my generation!”

Celeb Secrets: How did working with Emery Kelly come about?

Lexi Jayde: “The way Emery came on is actually a funny story. I actually didn’t know of Emery until my mom found him on YouTube. When she saw him and heard his voice she knew he was perfect for this role! We asked our music producer, Alex Cantrell, if he knew of him and he told us to call our director, Nayip Ramos, and ask him. When my mom called Nayip, he was standing right next to Emery’s manager on set! Let’s just say the stars aligned for this project! I first met Emery in the studio shortly after and he was so sweet and of course really cute. We ended up working well together!”

Celeb Secrets: On Instagram, it looks like you guys had a lot of fun in the recording studio making the track. Can you share your favorite memory from recording?

Lexi Jayde: “I have to say it was the first time we heard our version of the song in the studio. We knew we had something special!”

Celeb Secrets: Since we are Celeb Secrets, what’s one behind the scenes secret from filming the video that people wouldn’t know when they watch it?

Lexi Jayde: “I had just purchased the shoes I wore in the video a couple days before shooting, and after dancing in them I was bleeding and had blisters.  Note to self for next video: Break in the heels before shooting!” 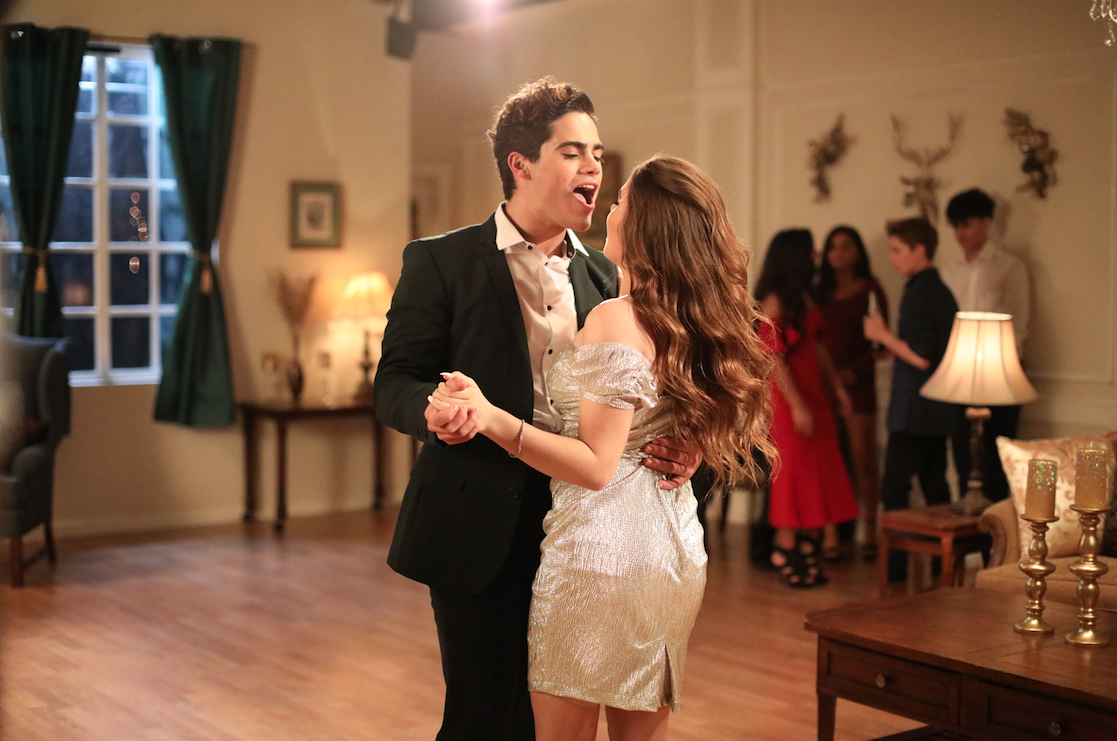 Celeb Secrets: What’s your favorite thing about the holiday season?

Lexi Jayde: “The way my house feels all warm and cozy, drinking hot cocoa by the fire, watching Christmas movies and listening to Christmas music – it sounds cliche but it’s true!”

Celeb Secrets: What’s one thing we could look forward to seeing from you next year?

Lexi Jayde: “Now that this Christmas cover is done, I will be focusing on acting again and putting out my own music.”

Celeb Secrets: Can you share your biggest/best moment of 2017?

Lexi Jayde: “I have so many but I really love the impact my anti bullying videos had across the country.  They received over 3 million views and the videos are shown in schools. The fact that the videos could make a difference even in one person’s life is an amazing feeling!”