Our favorite Nickelodeon game show Double Dare is hitting the road this year and its featuring some of the beloved cast members.

Featuring original host Marc Summers and his sidekick Robin Russo, the live stage production inspired by the hit TV show will debut in Fayetteville, NC, on October 30 and will tour North America through November.

“Hosting the Double Dare Live tour couldn’t be any more exciting, and I look forward to bringing the fun and messiness of Double Dare to audiences across the country,” said Marc Summers.  “Doing the show again with my sidekick Robin will fulfill childhood dreams of the generation that grew up with us and introduce this classic show to the next generation.” 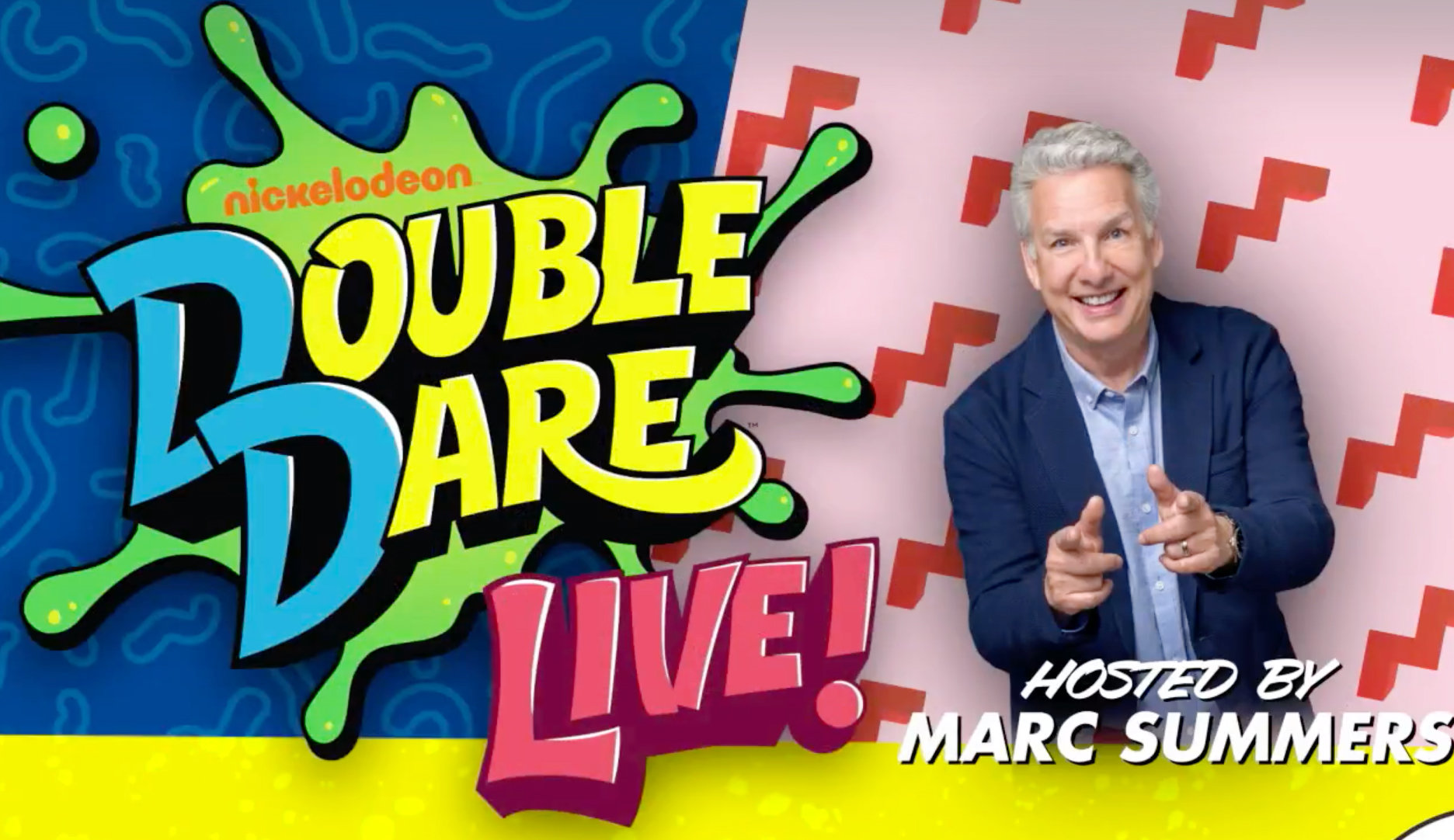 The announcement follows up to the TV reboot premiere earlier this summer, which now has the show ranked in the top three with Kids 6-11 on all TV.  The new Double Dare TV series is hosted by digital creator and actress Liza Koshy, with original host Marc Summers providing color commentary on the challenges and lending his vast knowledge of the game and expertise to each episode.

ICYMI, watch Marc Summers tell us ALL about what’s to come from Double Dare:

Check out a full list of tour dates below and visit doubledarelivetour.com for ticket information.