The 23rd Annual Screen Actors Guild AwardsÂ were held in Los Angeles, CA tonight and they were nothing but incredible!

The SAG Awards is where actors from film and television come togetherÂ to support and honor each other for their outstanding performances. To no surprise, the show was not only filled with awards and fashion, but also politics. Many stars took the time to make a statement about their views in response to Trump’s immigration ban, including the host of the show, Ashton Kutcher,Â where he said in his openingÂ monologue “Everyone in airports that belong in my America. We love you and welcome you.” Very empowering!

We ranked up our favorite moments from the show. Check them out below:

From John Krasinski and Emily Blunt giving us couple goals to stars such as Gina Rodriguez, Maisie Williams, and Brie Larson looking stunning in their dresses! And we can’t forget about the fangirl moment that Gina Rodriguez had with Meryl Streep. Same, girl. 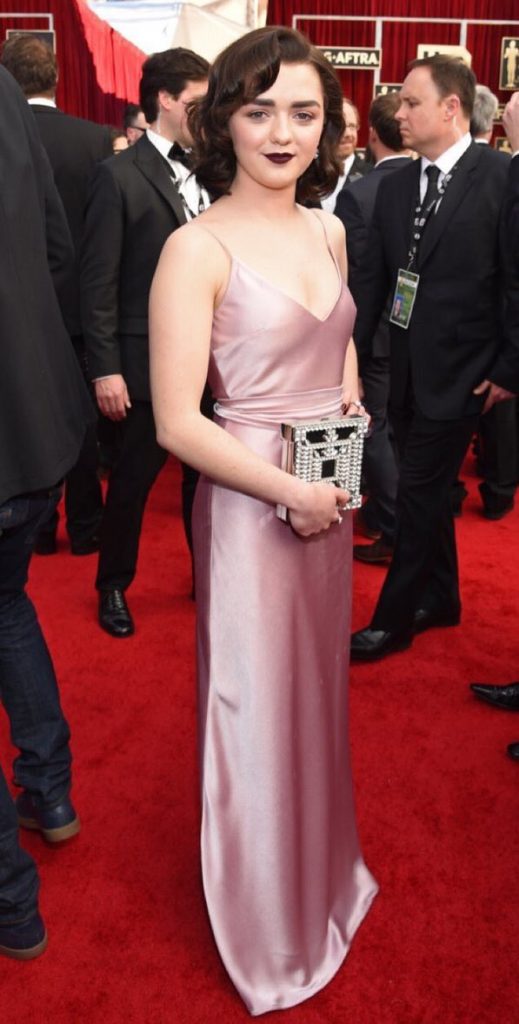 Orange is the New Black Win

The cast of Orange is the New Black winning for ‘Outstanding performance by an ensemble in a comedy series’ for a third year in a row! Wow! Congrats Ladies!

@LilyTomlin: "I feel like I'm just getting started. What sign should I make for the next march?" https://t.co/ax83h0ul4p #SAGawards pic.twitter.com/Z85Zs9RZDH

The ‘9 to 5’ star had a mini reunion with fellow co-star Dolly PartonÂ on stage as she won the Lifetime Achievement Award. She couldn’tÂ be more deserving of receiving that award. Her entire speech was hilarious and kept the audience laughing. She even had some advice for fellow actors. Check it out above.

We couldn’tÂ be more proud for Viola Davis! This is the first time the talented actress wins in the supporting actress category for her role in ‘Fences’. Her speeches are always amazing!

John Lithgow took home the award for ‘Best Actor in a Drama’ for his role in The Crown. In his acceptance speech, he mentions “The SAG Awards. Actors honoring other actors!” and towardsÂ the end,Â he makes a special shoutÂ out to an amazing and very underratedÂ actress, Meryl Streep.

Tribute to Actors who have Passed

What a passionate speech by @DavidKHarbour on behalf of the @Stranger_Things ensemble! #StrangerThings #sagawards pic.twitter.com/EhTMXNsOTx

The cast of Stranger ThingsÂ won big inÂ the category for Â ‘Best Drama Series Ensemble’ Their acceptance speech was EVERYTHING! Although it looks like Winona Ryder was doing some very “Stranger Things” with her face. Her facial expressions are priceless!

Emma Stone received the award for ‘Female Actor in Leading Role’ for her outstanding performance in La La Land! Congrats Emma! She gave an adorable yet awkward acceptance speech in which she gave a shout-out to her fellow ‘La La Land’ co-star Ryan Gosling and ‘La La Land’ director Damien Chazelle The award was presented by Jonah Hill, who some of you may remember was her co-star in the hilarious movie Superbad. The two have come a long way since their roles in that film.

Denzel gives it up for “The guys that don’t get recognized!” #sagawards pic.twitter.com/Z8Q6c5uNpF

Denzel Washington took home the award for ‘Best Actor’ for his powerful performance in ‘Fences’.Â Congratulations, Denzel! This is Denzel’s first SAG award win! So happy for him! “Oh, one last thing. Two. VIOLA. DAVIS”

The most empowering speech of the nightÂ

It was a big night for ‘Hidden Figures’ asÂ theyÂ won for ‘Best Ensemble in a Movie’. “They are hidden figures no more!” On behalf of the cast, Taraji P Henson gave the most inspiring speech. The fierce actress stated, “This story is of unity. This story is about what happens when we put our differences aside and come together as a HUMAN race. We win. Love wins. Every time” PREACH!

What was your favorite moment from the show?

Veronica Toscano is an intern at Celeb Secrets. She is a communications major with a minor in TV/Film Production at Orange Coast College. She loves mac n cheese, art museums, photography, and film. In her free time, she enjoys going out to concerts, traveling, reading, and hanging out with friends.